Showing posts from March, 2017
Show all

A voice from Charlotteville 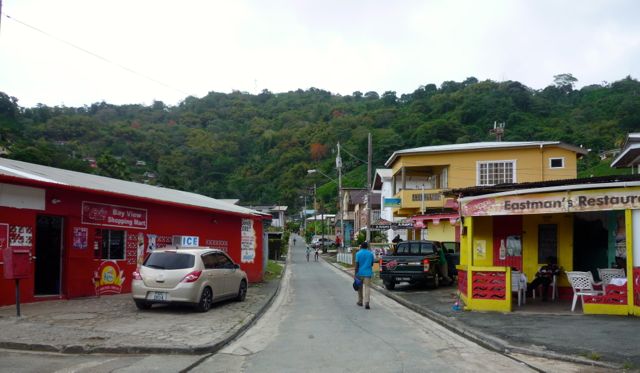 Over the period March 28 to 30, Environment Tobago’s former president and current vice president Patricia Turpin is attending the GEF-7 Replenishment Meeting in Paris. This meeting is the start of several sessions in which the Global Environmental Facility (a fund established in 1991 to tackle the biggest environmental problems on the planet), will consider what funding is needed to address, halt and reverse environmental degradation. This feature first appeared in Tobago Newsday, March 30, 2017. Charlotteville Tobago may be a long way from Paris France. For Patricia Turpin, Charlotteville is home, and Paris is one of many cities where Turpin attends to the business of securing the environmental health and wellbeing of home, the islands of Trinidad and Tobago, and the wider Caribbean. Charlotteville, she believes, may yet teach the nation a thing or two about conservation. Though she was born in San Fernando, Turpin has grown conservationist roots in Tobago where she manag
1 comment
Read more 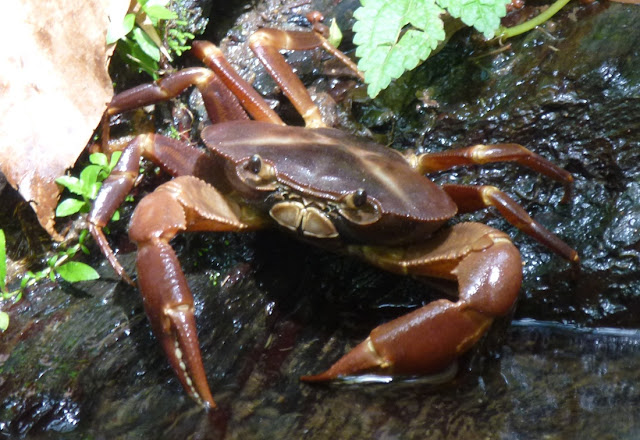 Amy Deacon, Lecturer in the Department of Life Sciences at The University of the West Indies, St Augustine and Secretary of the Trinidad and Tobago Field Naturalists’ Club, continues to explore the aquatic habitats of the Main Ridge. Meet the manicou crab! This feature was published in the Tobago Newsday on Thursday March 23, 2017 We have already met a few of the incredible fish that make their home in the upper streams of the Main Ridge. However, they are not the only aquatic creatures to have taken on the challenge of living in this extreme habitat – they share the streams with one of the Main Ridge’s most charismatic inhabitants: the mountain, or manicou, crab. Manicou crabs roam throughout the Main Ridge Reserve and can even be found at the highest peaks. Photo courtesy Amy Deacon Native to Tobago and Trinidad, Venezuela and the island of Margarita, this ten-legged crustacean can grow to around 10cm in carapace width, and can weigh up to 250g. While most crabs are associat
1 comment
Read more

Swimming against the Current: the Fish of the Main Ridge Reserve 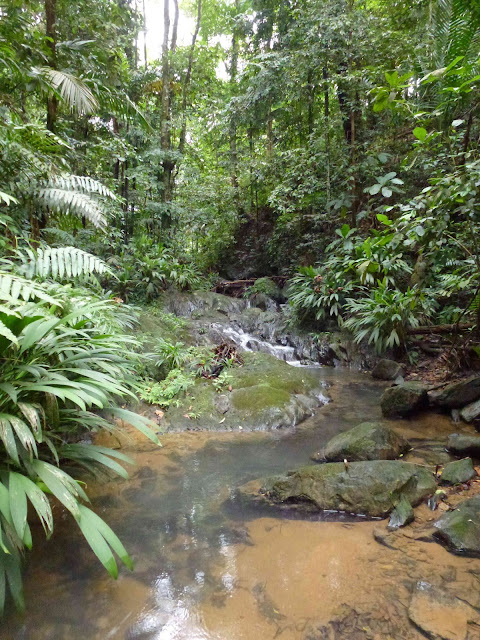 In this week’s column Amy Deacon, Lecturer in the Department of Life Sciences at The University of the West Indies, St Augustine and Secretary of the Trinidad and Tobago Field Naturalists’ Club, returns to the Main Ridge. This time, we dip our nets into the cool, glistening streams that run through the reserve and see what we might catch! This feature was first published in the Tobago Newsday on March 16, 2017. Thirteen species of freshwater fish have been recorded in Tobago, but only a handful of these have successfully conquered the Main Ridge. While we humans can easily drive along the Roxborough – Parlatuvier road to access the reserve, fish must initially colonise inland from the sea. In North East Tobago, fish in the lower reaches moving upstream soon reach one of many waterfall barriers at the edge of the Ridge. Often these are tens of metres high, much like those at Argyll. Most fish will never manage to traverse these barriers, forever restricted to the lowland rivers. Only
4 comments
Read more

Carnivals and the Sea 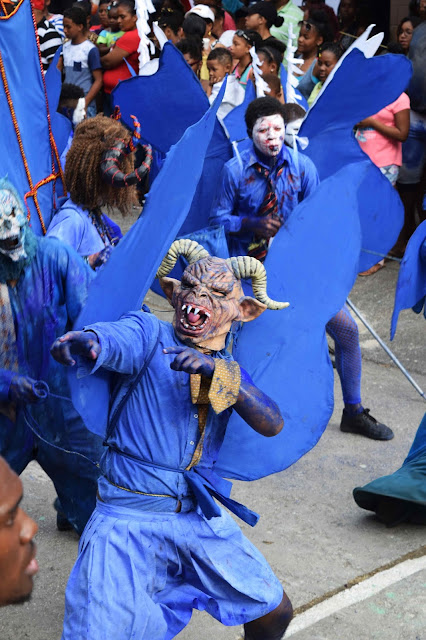 Even if the costumes are beautiful, Carnival should remind us to be afraid. "If your mas not saying ting or frightening small children or making old men bawl for obeah, what are you even doing?” * according to the facebook post of mas-maker Robert Young. Pat Ganase comments on some features of 2017 Carnival. This was first published in the Tobago Newsday on March 9, 2017 How many times have you played sailor, plain whites or long-nose, fancy with elaborate headdress, or seen a band depicting sea creatures so fantastic that you are certain that they could not exist, and never even thought of the sea? Well, like the ingenious carnival bat costumes that emerged from the rabies outbreak in Trinidad in the 1930s, all carnivals of the sea now need to be cautionary tales, asking us to pay attention to the plight of the waters around our shores, the ocean from which the health of the world as we know it ensues. We are islands after all, and have always looked to the sea for susten
1 comment
Read more

Anjani Ganase, marine scientist and PhD candidate for a study of Coral Reefs, made a presentation to the Green Market community in Santa Cruz. She shares the presentation here in support of her belief that caring for the Caribbean Sea no longer rests only with marine scientists. We should all know and care about what’s happening offshore our islands and in the oceans everywhere. This feature was first published in the Tobago Newsday on Friday March 3, 2017  Follow Anjani on twitter @AnjGanase Coral reefs around the world can be found in specific locations, around tropical islands where ocean temperatures are warm and the water is generally clear enough for sunlight to filter through. These locations amount to about one percent of the ocean floor. If we look at the map, we’ll see that our islands – Trinidad and Tobago – lie within one of these coral-select regions of the world, the Caribbean.  Map shows where most coral reefs are located (Courtesy WWF) Acc
1 comment
Read more
More posts