Showing posts from August, 2016
Show all

The boy who nearly drowned 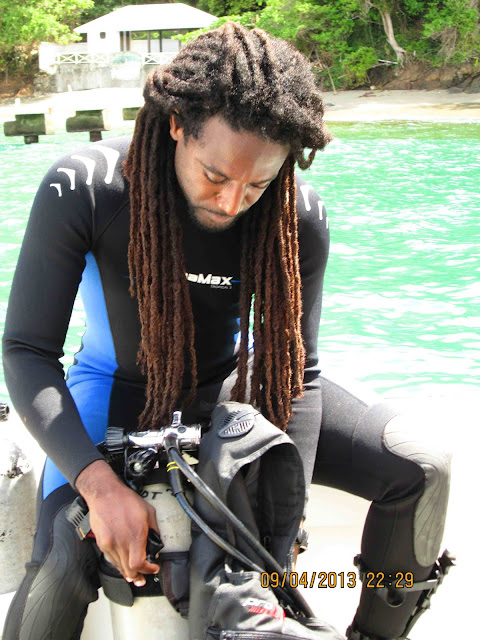 Anjani Ganase, Trinbagonian marine biologist, continues her exploration of marine Tobago. In this issue, she talks with marine scientist Jahson Alemu who is working to preserve the coral reefs of Tobago, which serve as coastal protection as well as habitats for species that support livelihoods in food and tourism. Follow Anjani Ganase on twitter: @AnjGanase “I wanted to be a marine biologist when I learned to SCUBA dive. But my connection to the ocean started well before that. I almost drowned once - my fault really - 11 year old + big waves + following friends + not knowing how to swim = problems. That was quite scary, so I learned to swim and in the process I got exposure to ocean exploration. But when I learned to SCUBA, it was a new world to discover. I wanted to know everything about everything underwater.” Jahson prepares his dive gear. Photo by Mark Pierre Following his near drowning, Jahson decided he would never be in that situation ag
2 comments
Read more 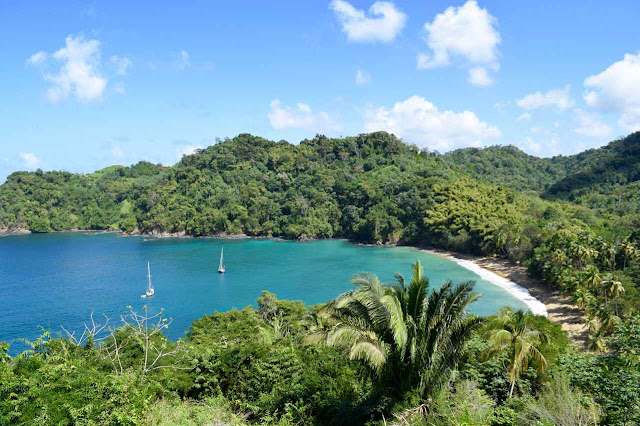 Anjani Ganase, Trinbagonian marine biologist, considers the big picture. The air we breathe, the waters that encircle the earth, these connect all living creatures. This week, she looks at the fortunes of big countries, and small-island states, and asks each person to reflect on personal consumption habits and where your waste stream ends up. Follow Anjani Ganase on twitter: @AnjGanase This view of Englishman’s Bay is known around the world as a place of paradise.  Photo by Anjani Ganase Let’s talk about the air There are about 22 million people living in Beijing, China. In this city the air is so polluted that people often wear respiratory masks to breathe as emissions from five million cars and coal fired plants release unhealthy levels of noxious gases. In December 2015, even masks were not enough; the smog of pollution closed down schools and outdoor activity, until the level of toxic particulates dropped. This pollution kills 4000 persons a day
Post a Comment
Read more 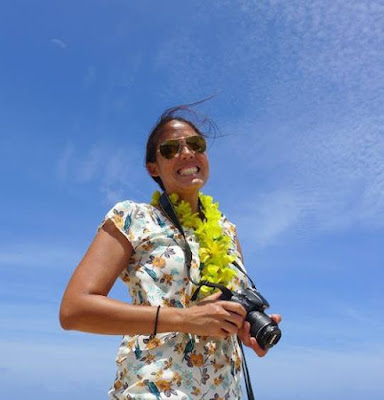 Anjani Ganase, Trinbagonian marine biologist, continues her exploration of marine Tobago. This week, she takes another look at Tobago’s iconic Buccoo Reef, comparing what was seen on the reef almost 50 years ago with what’s there today. Follow Anjani Ganase on twitter: @AnjGanase Anjani Ganase, photo by Amanda Ford In April 1967, Dr. Thomas F. Goreau, a marine biologist at the University of the West Indies, Mona, Jamaica, visited Tobago’s Buccoo Reef to assess the composition and health of the reef and advise on recommended steps for its preservation. Dr. Goreau was an expert in coral reefs carrying out crucial research on Caribbean coral reefs at Discovery Bay, Jamaica, over ten years. This was his account of the Eastern and Outer reefs of the Buccoo system: “As seen from the air, the best living coral framework by far occurs on the north-eastern windward side of the reef facing Buccoo Bay. Here the outer slope is steep and is covered with dense somewhat buttresse
Post a Comment
Read more 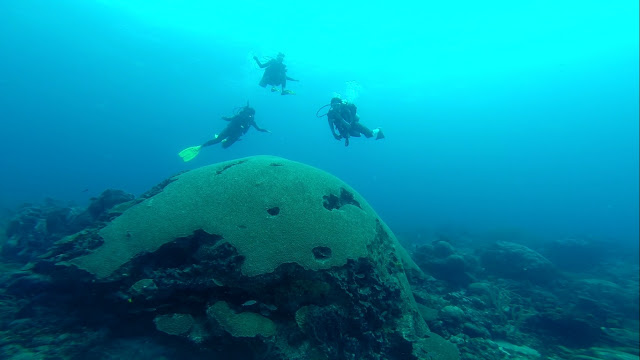 Anjani Ganase, Trinbagonian marine biologist, continues her exploration of marine Tobago. In this episode, first published in Tobago Newsday on Thursday August 4, 2016, she looks at one of the biggest (living) brain corals in the world, located at the dive site off Speyside known as Kelleston Drain. Follow Anjani Ganase on twitter: @AnjGanase Big brain coral at Kelleston Deep, Speyside, Photo courtesy Rochelle Ramlal (Name Brand Ting) Just below the waves around Little Tobago lives one of the oldest inhabitants in Tobago waters, the giant brain coral. It has made its home in about 55 feet of water along the base of the reef slope, and is part of a larger reef community abundant in corals, sponges, as well as both micro and mega-fauna, including sharks, manta rays and turtles that use its crevices for shelter. Our brain coral is of the species Colpophyllia natans commonly known as the boulder brain coral or the zipper coral after the interlocked pattern formed in t
Post a Comment
Read more
More posts