Showing posts from 2017
Show all

12 Days of Christmas in the Deep Sea off Tobago 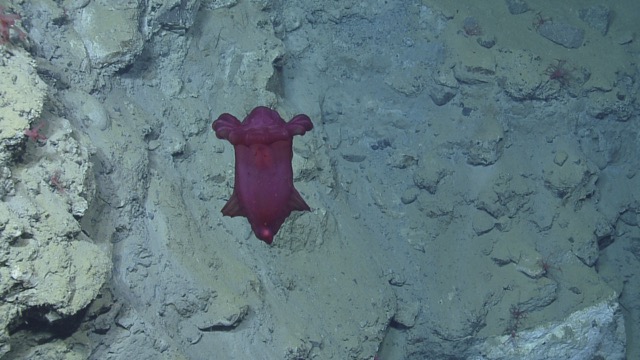 In 2016, Jahson Alemu took us to the Buccoo Reef for creatures to represent ‘12 Days of Christmas.’ To celebrate the 2017 season, marine scientist Diva Amon takes us  into the deep ocean! One and half kilometers deep, off the east coast of Trinidad and Tobago, we'll find creatures you can't imagine. Marvel at this Christmas tribute to twelve deep sea inhabitants. There are more wonders lurking in the deep ocean than we know! (All photos courtesy the Ocean Exploration Trust.) On the first day of Christmas One swimming sea cucumber ( Enypniastes eximia) Enypniastes eximia is a deep-sea species of sea cucumber (or holothurian) that, unusually, spends a large portion of its life swimming! On the second day of Christmas Two chimaeras ( Hydrolagus affines ) Hydrolagus chimaeras are also known as spookfish or rabbitfish and are closely related to sharks and rays. They have a venomous spine in front of the dorsal fin. This particular individual als
Post a Comment
Read more

St Giles and the Bird of Paradise 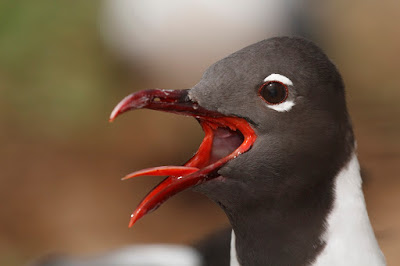 Meet the birds of Tobago’s offshore islands with Faraaz Abdool This feature was published in Tobago Newsday, December 14, 2017 (All photos courtesy Faraaz Abdool) No, we’re not talking about Giles the Hermit – but something that has a similar level of secrecy and a whole lot more majesty. The islands of St Giles at 11.34 degrees north latitude form the northernmost land mass that falls under the jurisdiction of Trinidad and Tobago. Located just off the north-eastern tip of Tobago, this gathering of rocky offshore islets is an ecologically important site for a host of different creatures. So much so that the critically acclaimed (not to mention mind-blowing) documentary series Blue Planet II features a segment that was filmed in the waters just off St Giles Island. After being the property of Charlotteville Estates for one hundred years, the St Giles islands were deeded to the Government of Trinidad and Tobago in 1965 – under the condition that they be designate
Post a Comment
Read more

Migrating to solar energy in Tobago 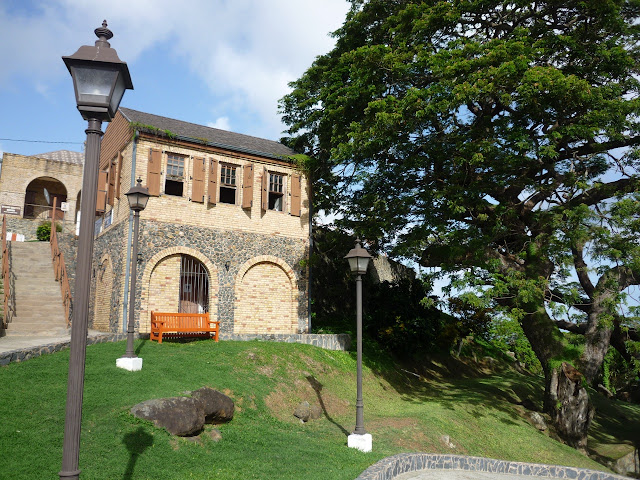 Ruben Smith of SM Solar, continues his discussion about how the villages of tiny Tobago could set solar power in motion, by asserting characteristic solidarity and co-operative approaches. TTEC has the power to facilitate the process while helping itself to new future business.   “The only true and sustainable prosperity is shared prosperity.” ― Joseph E. Stiglitz Why should Tobago turn on solar power? Because it can, and if it did, would be in the vanguard of sustainable small islands. If we were to look at how a small Tobago village, say a Castara or a Charlotteville or even a Cove Estate, would migrate to using solar power, it might be less difficult to envisage an empowered future. One of the keys to optimum benefit from an alternative energy source (such as solar or wind) is the co-operative. Villages and residential developments able to foster a strong and effective community ethos are the most likely to succeed. Some of the newest
1 comment
Read more

The Deep Ocean has no Borders 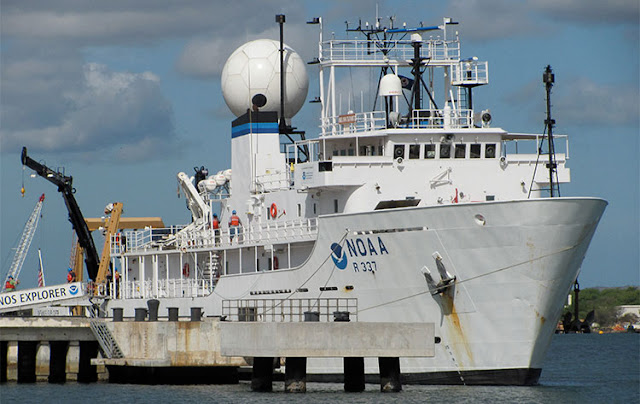 Journey with Diva Amon, a deep-sea biologist who has explored the deep ocean in Antarctica, the Atlantic and the Pacific. She has experience in chemosynthetic habitats and anthropogenic impacts on the deep sea. You can find out more via her Twitter (https://twitter.com/DivaAmon) and her website (https://divaamon.com/). We now know that the seas around Trinidad and Tobago boast unique and ecologically important deep-sea methane seeps. It is useful that we have taken the first steps to answer the most basic of questions about the Caribbean deep ocean, “What lives there?” But what about even more complex questions such as “How do species find and colonize these relatively small and patchy chemosynthetic habitats in the huge expanse of the deep ocean?” To get between islands, birds can fly, reptiles can raft over on flotsam, and many shallow water marine animals (fish, marine mammals, turtles, etc.) can swim the long distances, but what about deep-sea animals like the Bathym
Post a Comment
Read more 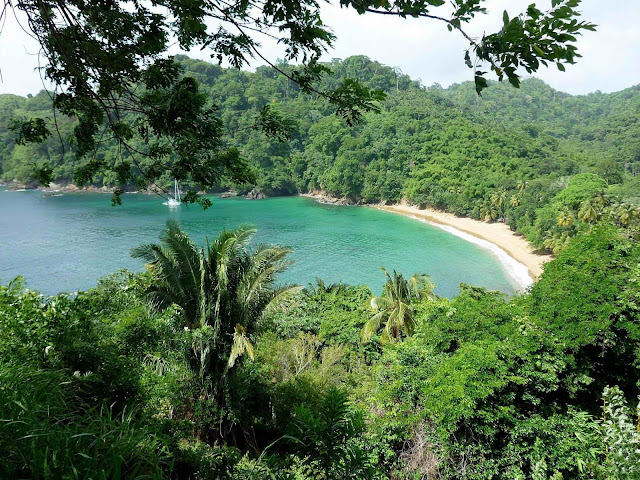 Anjani Ganase, marine scientist, calls upon business to claim its share of ocean wealth while helping to conserve and manage Tobago’s offshore resources. This feature was first prepared for Contact, the magazine of the Trinidad Chamber of Industry and Commerce; and is reprinted in the Tobago Newsday on November 23, 2017 We think of the ocean and its resources as vast and endless. Goods and services provided by the ocean for humans have been estimated to be about 24 trillion USD in assets (World Wildlife Fund, 2015) more than the economy of most nations. These goods include fishing, harvesting of materials and procurement of medicine, as well as services through shoreline protection, wave energy extraction, shipping and tourism. This asset value is grossly underestimated, as it doesn’t consider the crucial roles of the ocean in regulating climate, the air we breathe and stabilising temperature, nor does it consider the intrinsic cultural value that we place on the ocean (WWF 2
Post a Comment
Read more 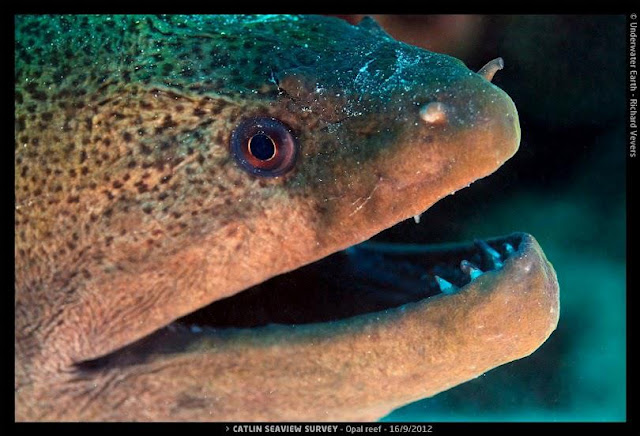 Anjani Ganase, marine biologist, looks into the world of coral reefs at some of the residents in these undersea cities. Down there, she says, it’s noisier than you think! When we dive along coral reefs, we glimpse moments in the lives of the fish and marine creatures bustling about on their daily routines in underwater coral cities. At first glance, movements may appear arbitrary, but as you observe for a minute or two we start to recognise the activity the fish is carrying out, whether it is foraging or simply hiding out. However, for more rare activities or seasonal movements, such as at dawn or dusk or during mating season, this would require longer, more consistent times spent looking into the secret lives of fish. Here are a few observations of some reef fish behaviours: Hunting buddies, the grouper and the moray eel Grouper ( Plectropomus pessuliferus ) and Giant Moray Eel ( Gymnothorax javanicus ) make an excellent partnership for hunting on the coral reefs. How
Post a Comment
Read more

Do you know where your seafood comes from? 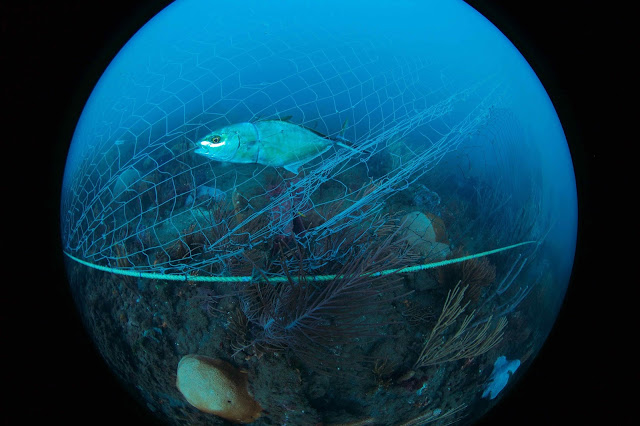 Anjani Ganase, marine biologist, alerts us to the risks in eating seafood of unknown origins. These are some of the questions she suggests that we ask before we purchase. Growing up in Trinidad and Tobago, I’ve had the luxury of eating freshly caught fish straight off the fisherman’s boat or caught by a family member or friend. We learned to identify the common species of fish that live in our local waters, identify their flavours and how to cook the different fish species. Other countries and cities are not as fortunate as fish is brought from great distances and often pre-packaged and frozen. Unfortunately, more and more fish are being bought in the supermarkets with fewer visits to the local fish depot; and there are fewer occasions of a friend handing over a fresh catch. It may be that this is still happening. But, according to the FAO (Food and Agriculture Organization of the United Nations) since 2002, the import of fish to Trinidad and Tobago began to exceed
Post a Comment
Read more
More posts