Showing posts from March, 2018
Show all

Treasures of the Bon Accord Lagoon 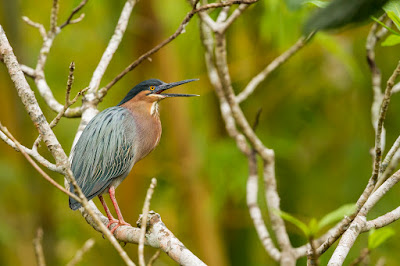 Faraaz Abdool discusses how the resident birdlife of Bon Accord Lagoon signals a welcome for visiting species; making this part of Tobago a birdwatchers’ haven. (All photos courtesy Faraaz Abdool; see faraazabdool.com) First published in the Tobago Newsday, March 29, 2018 One of the most densely populated areas in Tobago holds a treasured and under-appreciated secret. In low-lying marshy southwestern Tobago,  a vibrant and unique ecosystem supports all forms of life, from crabs that spend all their lives clinging to mangrove roots to birds that fly halfway around the world and back every year. During their breeding season, heightened hormonal levels cause subtle changes in the plumage of some species of Herons such as this Green Heron. The Bon Accord Lagoon and surrounding wetlands have unfortunately been described as “barren” and in need of “development” – as if it isn’t already a complex, functioning system of critical players essential to the survival of not only the
7 comments
Read more

Understanding the Impact of Climate Change on our Oceans 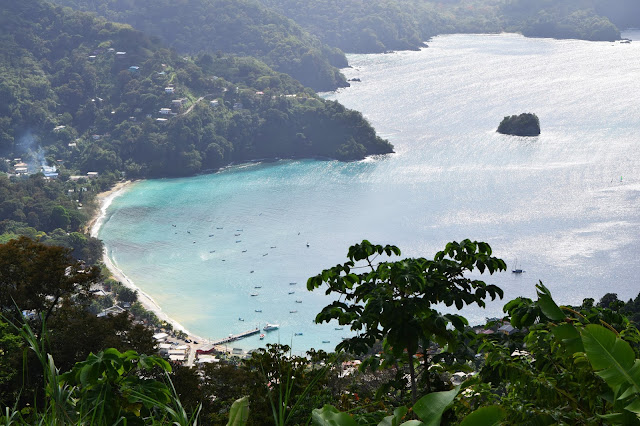 Dr Anjani Ganase, marine scientist and environmentalist, explains climate change, and how its effects may appear in different places at different times, or not at all in some other places. Understanding climate change and its effects is urgent for small island states. Over the years, discussion of human-induced global warming has slowly transitioned to climate change as scientists began to realise the broader effects of industrial carbon dioxide (CO 2 ) emissions on our planet. While global warming refers specifically to the increase in global temperatures of the atmosphere and oceans, (as a result of the heat trapping capabilities of carbon dioxide emissions - the green house effect), climate change refers to the many other changes directly as a result of CO 2 or because of the rise in atmospheric and oceanic temperatures. Some other physical phenomena that are occurring as a result of higher CO 2 levels and/ or rising temperatures include changes to the physical and chemical n
3 comments
Read more 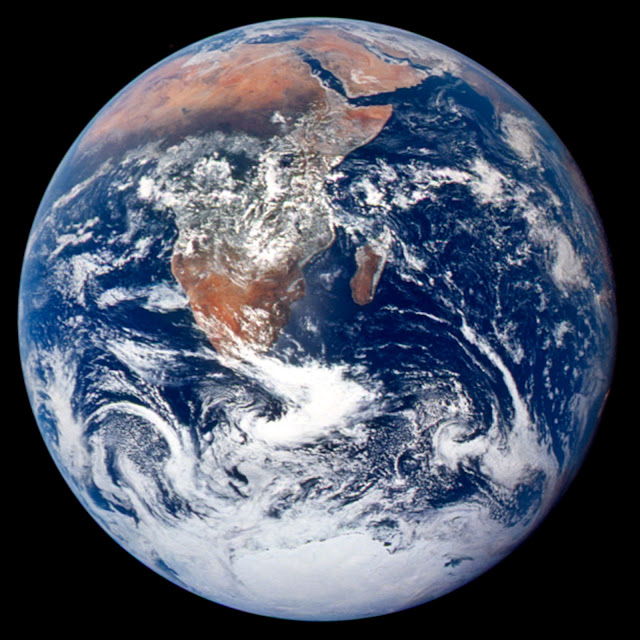 Dr Anjani Ganase, marine biologist and environmentalist, takes us into space for a perspective on Earth, our planet, and our home This piece is dedicated to Dr Stephen Hawking (1942 - 2018). As a pioneering theoretical physicist and cosmologist, Dr Hawking's work and life exemplified the term - reaching for the stars. Since the dawn of humankind, we are always looking to the stars for answers. Within this century, we succeeded in sending men and instruments into space to observe and record the cosmos. The satellites that orbit earth either point to the stars collecting information, or point to the earth relaying messages around the planet. It was in 1972, when the crew of the Apollo 17 took a moment to photograph the earth on their way to the moon, sending back the famous photo - not the first of its kind - that referred to the earth as “the blue marble.” Here was the definitive image that showed us our planet dominated by water. This photo of the blue marble displayed the
Post a Comment
Read more

The interconnected ecosystem, ridge to reef 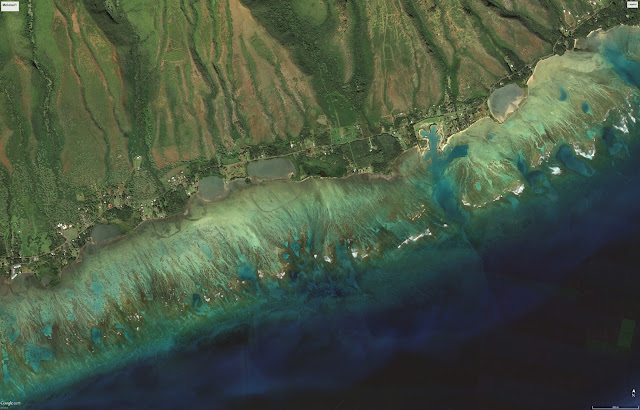 The foresight to conserve the Main Ridge Forest “for the security of rainfall” must be extended to the coasts downstream and the coral reefs offshore in order to safeguard the quality of life on Tobago. This is the lesson from islanders on Hawai‘i.  Dr Anjani Ganase (@AnjGanase) addresses the issue of upstream misuse and downstream consequences in an extended version of the article written for the XL Catlin Seaview Survey blog in 2015 (catlinseaviewsurvey.com). Follow @wildtobago on instagram, or wildtobago.blogspot.com for weekly articles in the Tobago Newsday. In 2015, our coral reef survey team from the University of Queensland went to the reefs along Moloka‘i Island, Hawai‘i. Along this coast, we noticed several low rock wall structures made from lava rock adjacent to the coral reefs. Our skipper pointed out these structures, explaining that the Hawaiians built them about 800 years ago to rear fish to feed the villages. In Molokai‘i, Hawai‘i, ancient loko kuapa (fishing po
Post a Comment
Read more 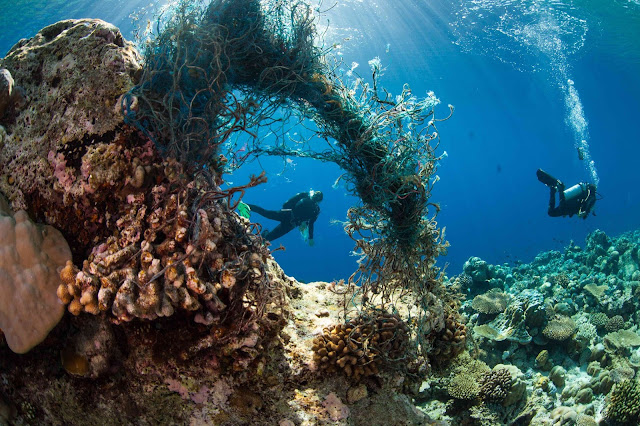 Dr Anjani Ganase, marine scientist, discusses one of the big challenges for humanity in this decade: our addiction to plastic use. The advent of synthetic plastic products in the early 1900s was revolutionary: its durability, low cost, and malleability allowed an array of uses. Today, plastics are used in everything from packaging, extending the shelf life of food; machinery; electronics, as insulation; textiles (polyester) and even building materials. Take a look around and count the number of items you see that are made from plastic; it is everywhere. So what is the problem with plastic?   Marine plastic debris: fishing net drapes over a coral reef in the Maldives. Photo by Christophe Bailhache, XL Catlin Seaview Survey (http://catlinseaviewsurvey.com). Although plastic is easy to make it is less easy to dispose of; the material can endure through multiple lifespans. About 8300 million tonnes of plastic have been produced over the last 65 years; and up to
Post a Comment
Read more
More posts