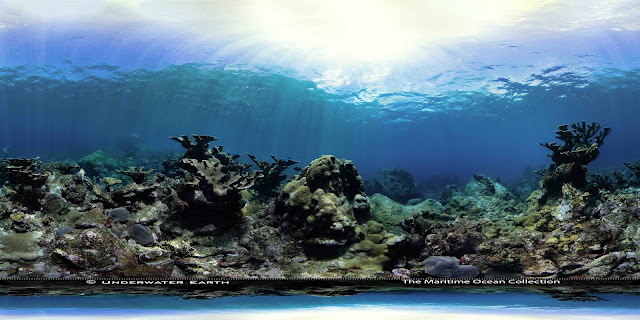 There are many exciting explorations to enjoy from your computer or smartphone as we spend the next few weeks “sheltering indoors.” Dr Anjani Ganase shares some of what’s available on the innovative, constantly evolving Google Earth site. Click on the collection title to begin your online exploration in Google Chrome!
With the advent of satellite and global positioning technology, tech companies, such as Google created online map platforms that allowed user-friendly, bird’s-eye views of our planet along with GPS to show us how to get around. Today, nearly everyone with a smart phone uses GPS to track their location, navigate our cities and roads to avoid traffic or to locate each other in real time. While this is the most recognized purpose of Google Maps, with Google Earth there is hardly a place on earth that cannot easily be viewed from a computer. The primary purpose of Google Earth is to explore. Over the years, as satellite image resolutions improved so too have the capabilities …
Post a Comment
Read more 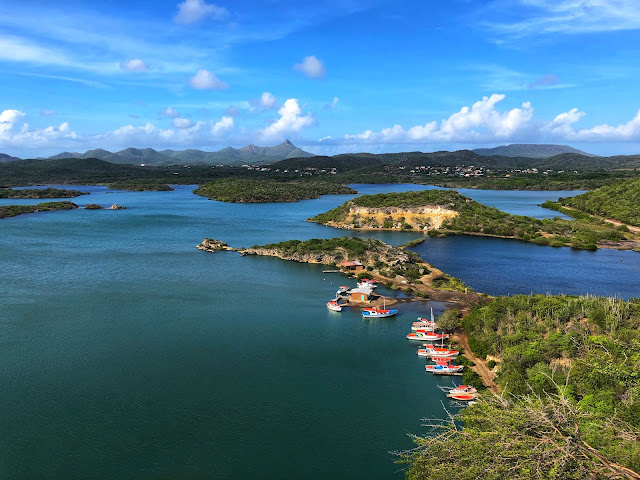 Belonging to an island ought to teach us to be at home in the ocean. Pat Ganase reviews Monique Roffey’s 2012 book, Archipelago, winner of the OCM Bocas Prize for Caribbean Literature.

In this unlikely adventure, a man, his daughter and their dog set out on a sailboat, just to get away. We suspect that the man, Gavin, is running from, rather than towards, something.
What does a man who runs away with his six year old child and a dog expect to find? What is he looking for? Solace? Sanctuary? What does he expect to change?
Men, in fact, have been setting out to sea since time immemorial: setting out on voyages to find what is there, to get to the other side, to explore – the world and their own souls. The great voyages have been epic: Columbus’s, Marco Polo’s. Odysseus wandered the known world for ten years; he found Cyclops, Circe, and tested his character and leadership; his true north was home.
Monique Roffey’s Archipelago belongs in this genre of “hero’s quests” such as the Odyssey.What…
Post a Comment
Read more

Looking for Planet B 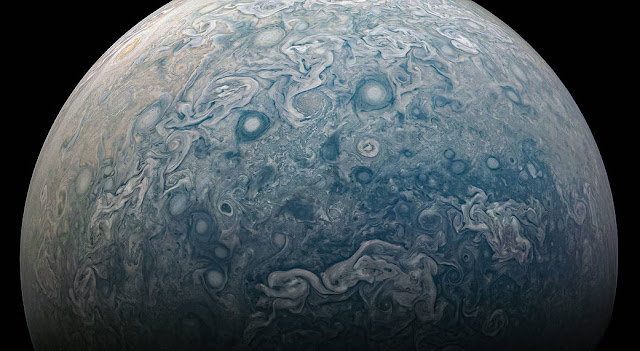 Home for human beings is planet Earth: we were formed by conditions here even as we are now affecting the climate. Scientific explorations aside, Dr Anjani Ganase asks us to appreciate why there may be no other planet so perfectly suited to human life.
Recently scientists discovered a planet outside our solar system that rained iron owing to extremely hot temperatures that soared to 2400 degrees Celsius. Yet, even within our own solar system, the other planets have extreme weather patterns and atmospheric conditions that are very different from our planet. Considering the environment of Earth -20 % oxygen and 78 % nitrogen, 24 hour day cycles, mild temperature ranges and a protective atmosphere - will quickly highlight how much we are adapted to our unique environment as well as help us to understand how rare our unique environment is. The resources needed to adapt and the feasibility of living elsewhere at least as comfortably as we live on Earth should persuade us to invest instead …
Post a Comment
Read more

The King of the Woods 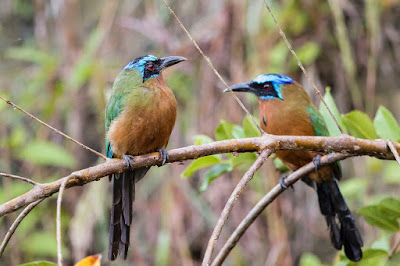 Faraaz Abdool, birder and photographer, tells us about the elusive bird that hides in Trinidad, but is seen everywhere in Tobago.  He shares some of the Trinidad Motmot's fearless but quirky habits. (All photos by Faraaz Abdool)  Four years ago, the iconic Blue-crowned Motmot of the neotropics ceased to exist (taxonomically speaking). Prior to 2016, there was a significant problem with Blue-crowned Motmots found throughout Central America, much of South America as well as Trinidad and Tobago. Keen observers began noticing that all Blue-crowned Motmots weren’t created equal. What may have been subtle differences when the species was first described eventually became defining characteristics of six separate species of motmots. In Tobago and Trinidad, we have been blessed with a very special gift due to the split in the Blue-crowned Motmot complex: our very own motmot is found nowhere else on the planet. Momotus bahamensis, the Trinidad Motmot became the second endemic bird species th…
Post a Comment
Read more 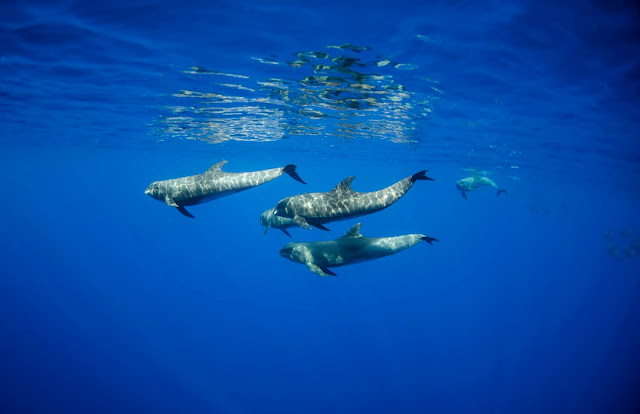 Whale strandings are mysteries whenever they occur, and impossible to predict. Marine ecologist Dr Anjani Ganase considers some recent theories about whales’ navigational systems using the earth’s geomagnetic field and the sun. Human-driven changes are also causes.
Over the last month, four melon headed whales stranded themselves on Moruga Beach, and later on there was a single stranding on Maracas Beach. Last year there was a single stranding of a pregnant melon headed whale in Princes Bay, Tobago. These strandings of melon headed whales in several locations around Trinidad and Tobago begs the question of what is the cause of these strandings in recent months. Necropsy – after death analysis - by the UWI School of Veterinary Medicine revealed parasitic infection in one examination of the whale carcasses. Melon headed whales are deep water toothed whales that can be found in tropical waters worldwide, down to 6000 feet depth and far from coastal areas. They usually occur in large pods…
Post a Comment
Read more

Carnival under the Seas 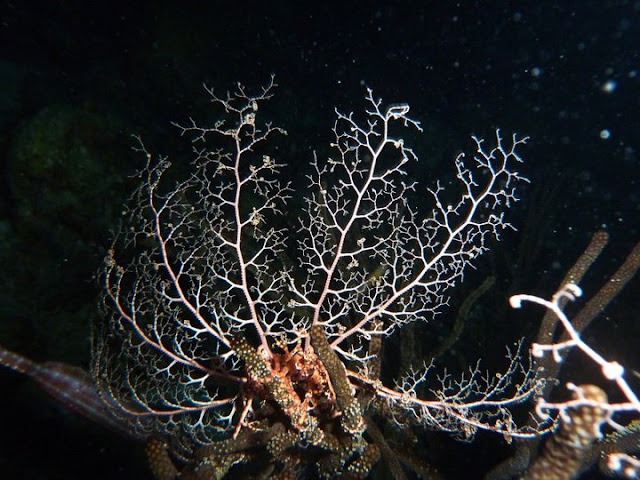 We dress up to blend into a sea of beads and feathers. Two days in fancy dress is enough for most of us; and now the Carnival is over. However, there are marine creatures that spend their lives masquerading under the sea in the Caribbean. Dr Anjani Ganase presents some of these creatures in the Carnival that continues year round under the sea.
The Basket Star: Like something out of an alien movie or an old mas band, the basket star can be found wrapped in a tight ball under rocks and in sponges during the day, but at night they extend ornate arms into the water column to trap plankton. Careful not to shine the torch on them too long or they’ll curl up and retreat back into hiding.
The Snake Eel is common on Caribbean reefs and is the reason that many people believe sea snakes can be found in the Caribbean. Alas the snake eel is a type of fish, and not a snake. There are two species of “snake eels”, the sharptail eel and the golden spotted eel. Sea snakes are only found in the Indo-Pac…
Post a Comment
Read more

Walking tall around the world 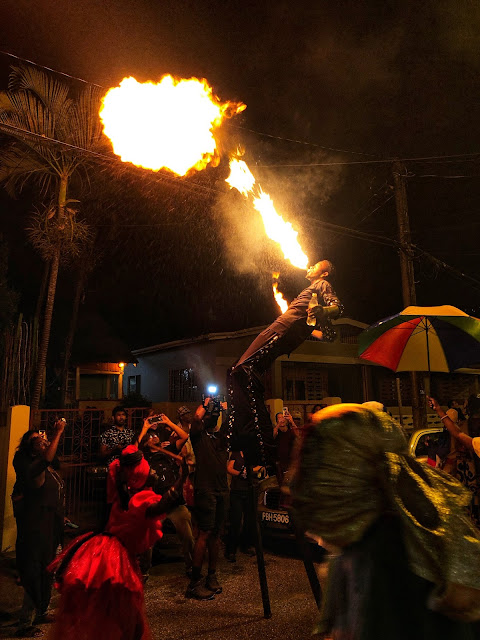 With technology, some skills may be “endangered.” Dr Anjani Ganase looks at the traditions of stilt walking around the world, and celebrates the revival of Moko Jumbies.
The art of stilt walking was created by multiple cultures around the world for practical purposes. There were many advantages to being elevated, to be able to reach higher, see farther, wade deeper and move faster. In many places, the skills of stilt walking also drove the competitive and entertaining aspects of proving one’s skills, from which emerged the use of stilt walking in dance and games.Today, we may have moved beyond the need of the stilts as tools, but they continue to be used in lively art forms, with special appeal to youth.Here, in Trinidad and Tobago, our stilt walkers, the Moko Jumbies dare to go higher, and to move in more complex manners. Being among Moko Jumbies is mesmerizing, it’s like being among giants. Let’s dig into their history and find out what they represented.