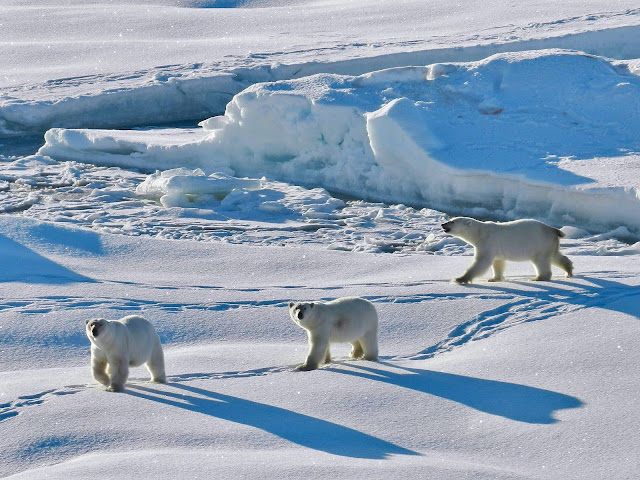 Dr Anjani Ganase discusses the latest findings as scientists investigate the impacts of warmer temperatures in the ocean   1.      Mangrove and coral reef restoration efforts offer major returns on investment   Sea-level rise is happening rapidly and threatens low-lying countries. Many small island states in the Caribbean and the Pacific have millions of people living along coasts. While some governments have begun prepping for sea-level rise through hard engineering and the construction of sea walls, pumps and overflows, scientists propose that restoration of coastal and marine habitats offers better long-term protection. Coral reefs, mangroves and sand dunes act as natural defences to the impact of coastal flooding, stabilise the coastline, and can provide major returns on investment. Even if restoration amounts to some 100,000 USD (which is the case on many coral reefs), the benefits of the ecological restoration outweigh the cost with respect to coastal protect
Post a Comment
Read more

Our Ocean Backyard in Buccoo 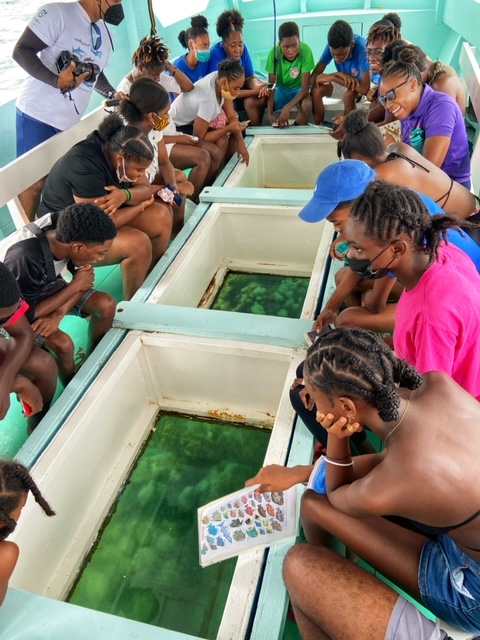 Twenty youths and their caregivers were treated to a tour of the Buccoo Reef Marine Protected Area by SpeSeas in honour of World Ocean Day. Pat Ganase reports.   The observance of World Ocean Day provides the opportunity to celebrate and learn about the most vital ecosystem on our planet, the ocean.   Ocean makes up 70 % of the planet and hosts about 50 – 80 % of all life. Some 133 countries and over three billion people rely on the ocean for food, livelihoods, as well as a source of recreation and cultural significance. More importantly our ocean is the regulator of climate, as it absorbs 93 % of the planet’s heat and 25 % of carbon dioxide emissions and generates 50 % of the planet’s oxygen. Unfortunately, the ocean and marine ecosystems are exposed to pollution and mismanagement, especially the high seas beyond national jurisdictions. About 90 % of all big fish have been overexploited and large sections of the ocean have become heavily polluted and degraded, eve
Post a Comment
Read more

Barry and the Tobago "Ark" 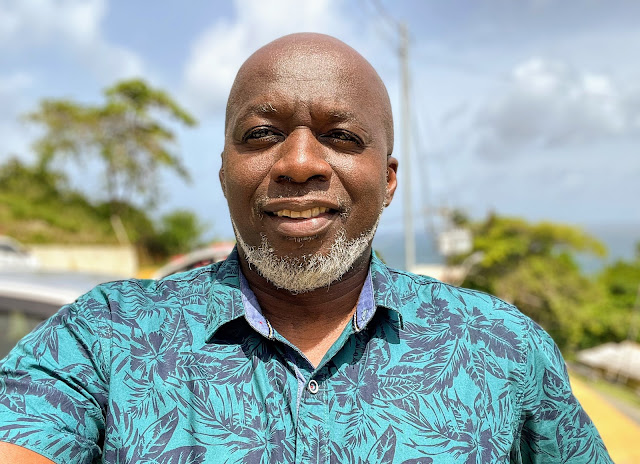 Barry Lovelace had his sights set on a career in medicine when he had his eyes opened to the underwater wonders of his home island. He talks with Pat Ganase about the “Ark” that will encourage Tobagonians to appreciate and conserve the natural resources of the island, for inspiration and livelihoods.   The Tobago Alliance for Resilient Communities (TARC) is an NGO that will focus on communities; not just human villages but ecological communities. The communities of TARC will include people with common issues (social concerns, access to resources, special interests) and also the eco-communities of a rich natural environment, ridge to reef.   Patricia Turpin and I were originally part of the NGO Environment Tobago. In 2019, we received funding from the Caribbean Policy Development Centre (CPDC) in Barbados to participate in a series of capacity development workshops. The thrust of the activities was for NGOs in our region to rethink their roles and redefine purpose. Access to g
Post a Comment
Read more

Tobago for the Birds 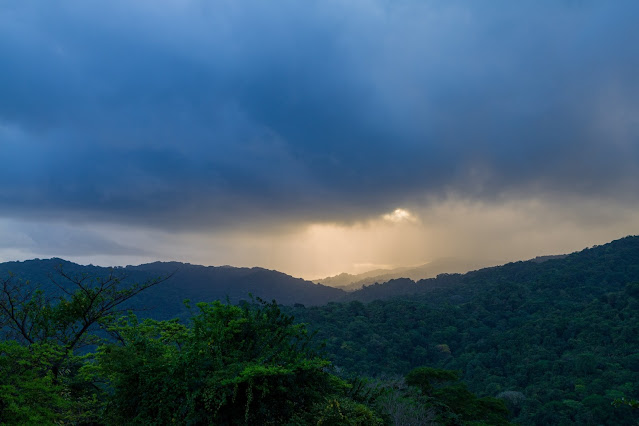 On Global Big Day, Faraaz Abdool toured, from sunup to twilight, the Main Ridge to the wetlands, and counted 85 species of birds. He reports here on the highlights of a magical day. Contact him to participate in the next Big Day, planned to take place in October 2022.     Thousands of birders around the world observed Global Big Day on Saturday, 14 th May 2022. It is organized to identify species of birds in the same 24-hour period. Each year since its inception in 2015 by the Cornell Ornithology Lab, more and more people in more countries take part in the effort to tally as many bird species in the same 24-hour period. Global Big Day in May 2021 saw 7,234 species recorded across 192 countries. Numbers swelled this year to 7,682 species in 201 countries – the first time the number of participating countries crossed the 200 mark!   The purpose of this exercise is far-reaching and scientifically significant, to map and record birds in every location on earth at a moment in tim
Post a Comment
Read more

My Deep Sea, My Backyard 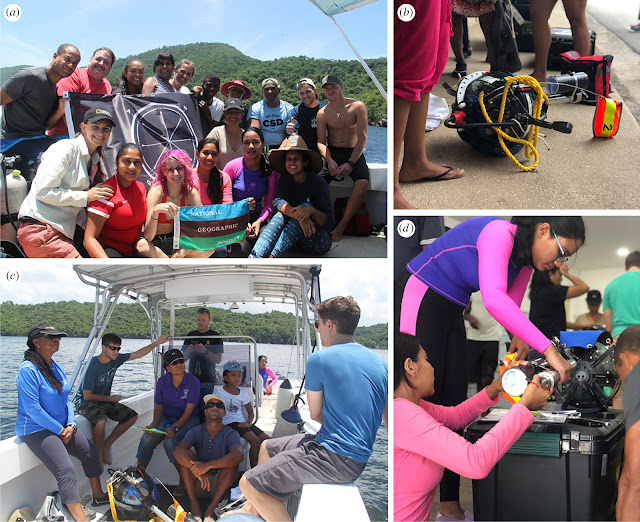 An innovative project to estimate interest and build capacity in deep ocean exploration was launched in 2019, piloted by Dr Diva Amon, leading Deep Sea Biologist in ocean exploration and conservation from Trinidad and Tobago. She has recently co-authored and published the results of the study conducted in two island nations, Trinidad and Tobago and Kiribati. Dr Anjani Ganase reports.   This is the UN Decade of Ocean Science for Sustainable Development in which we expect plans for better ocean conservation and management, and better ideas for sustainable blue economies. On paper such ideas seem simple enough, but the concept of sustainability is heavily dependent on the ability to carry out local research to inform plans for protection and sustainable management. Our ocean is our biggest resource, yet it is the least explored, and mostly unknown. It is a major source of provision – food, medicines - but more than this, it regulates our climate and weather patterns crucial for agricu
Post a Comment
Read more 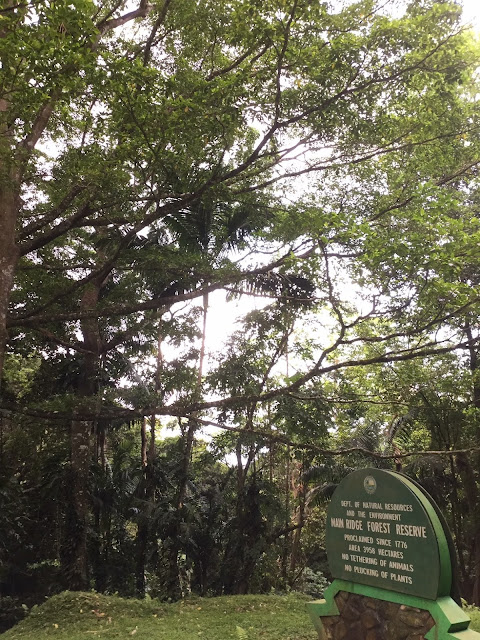 Dr Anjani Ganase surveys what the world is losing through human activities, and makes an appeal for living within our means in the natural world.   On May 22, we observe the International Day for Biological Diversity. Biodiversity denotes the variety of living organisms that make up the natural world around us. The world as we know it is the culmination of evolution over billions of years, the result of the slowly ever-changing global environment. Organisms evolve and co-evolve with each other and the environment. The biodiversity of ecosystems is the result of balance between competition for resources and external disturbance events that create opportunities for new life. The diversity of habitats and organisms not only sustain biodiversity but is essential to our survival. Plant stocks don’t just supply the fruits and vegetables we eat today but provide the genetic stock for future supplies in a changing climate. The terrestrial and marine habitats provide the
Post a Comment
Read more
More posts